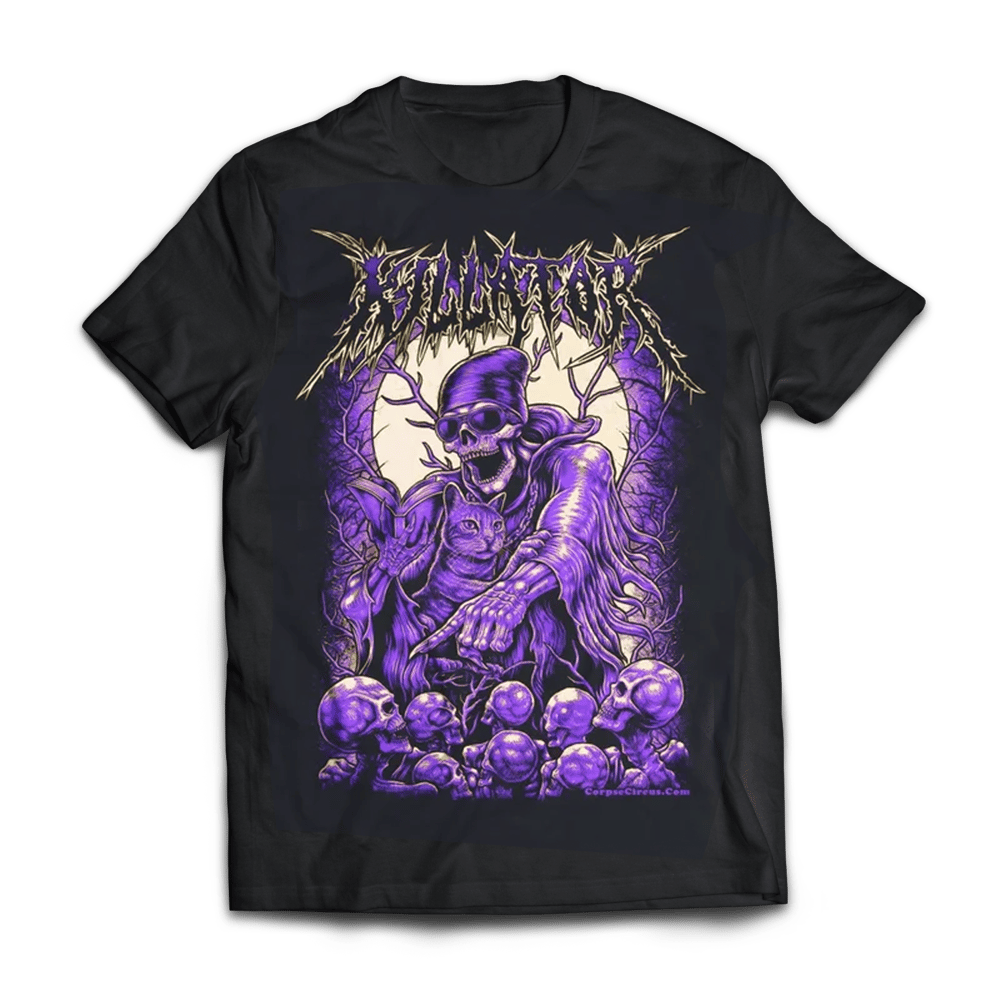 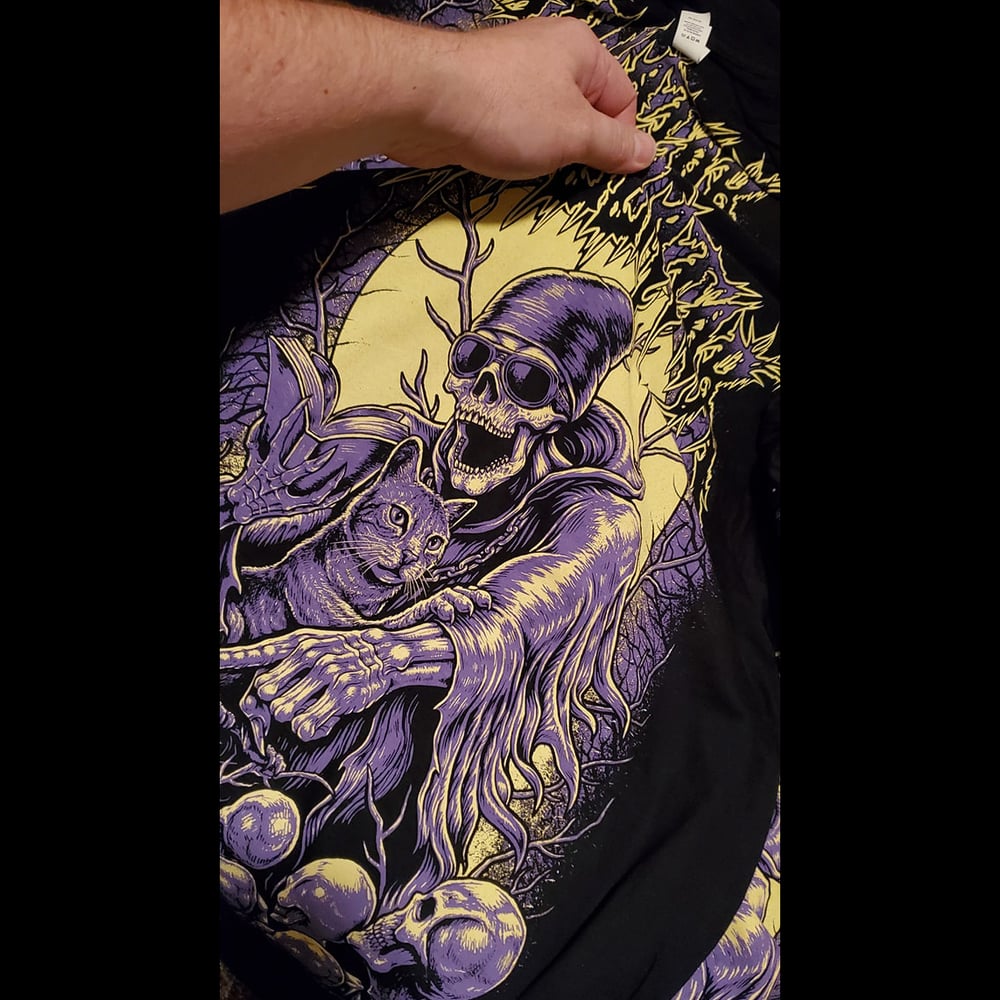 Low Stock Alert, we are almost out of these tees.

In Stock now, see image below for actual print photos, they came out sick af!

About the shirt:
Killator considers himself a natural witch. Here he is shown with his familiar (Lunchbox the Cat) as reads a book before bed, but while trying to read, a bunch of his dead sperm has come back semi-grown and undead.. only to bother him, so he commands them to do chores. WOW is that a moon behind him? COOL!